Marvel Snap will fix its biggest problem in next season 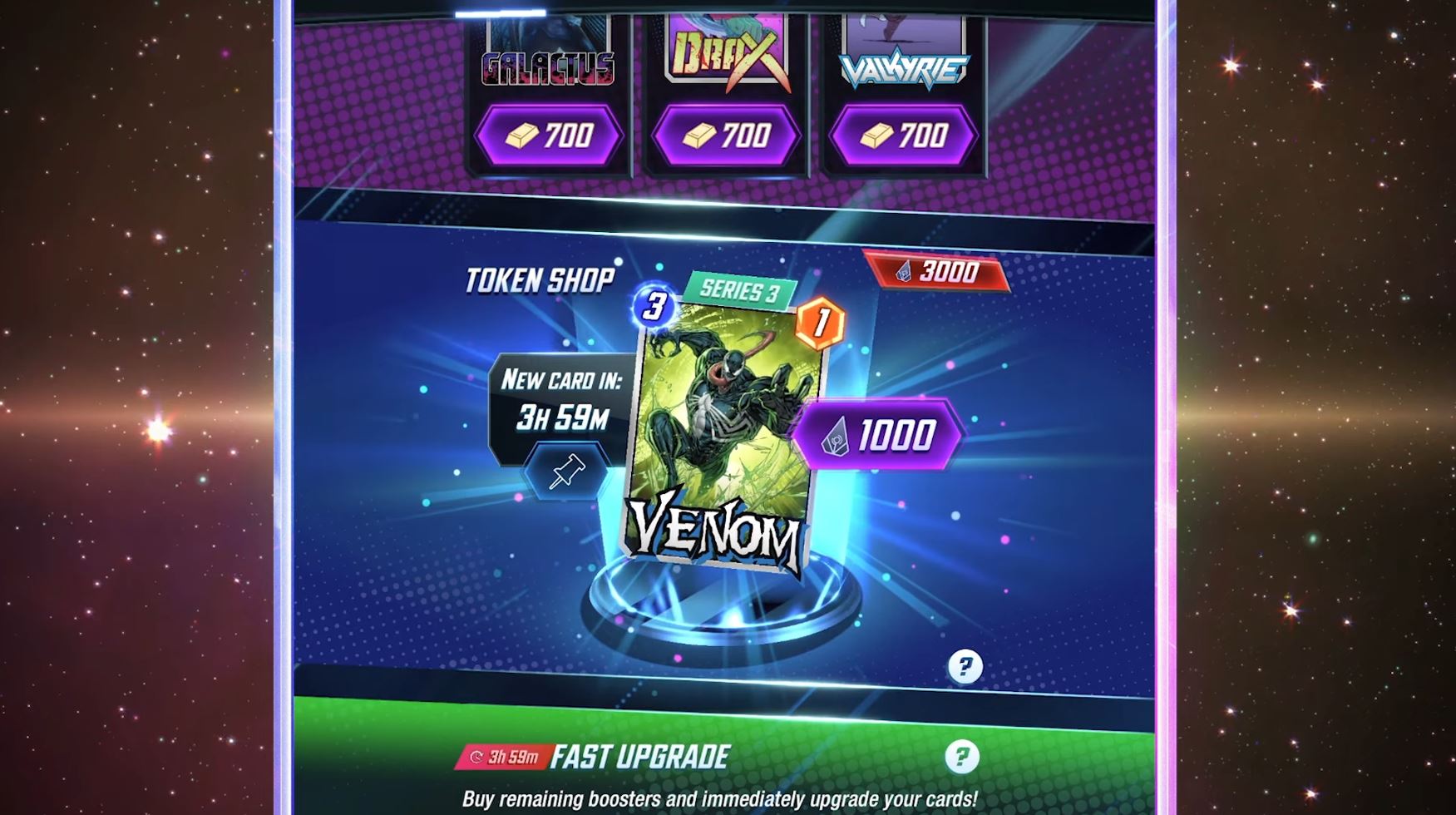 Marvel Snap from the former Hearthstone devs at Second Dinner made a strong first impression when it launched and is considered one of the best mobile games of 2022. Unfortunately, one issue that’s plagued the game since its beta days: it’s impossible to unlock specific cards intentionally. Thankfully, the next season of Marvel Snap will change that.

During a developer update video teasing The Power Cosmic, Marvel Snap’s next in-game season, Second Dinner detailed the Collector’s Token and Token Shop system that will make targeting cards easier.  Currently, Marvel Snap cards are split into Series 1, Series 2, and Series 3 sets, and players earn cards within each series randomly before progressing to the next. The random nature of it means that players might have to wait for a long time before they actually get the helpful cards they want.

Once The Power Cosmic season begins, players will be able to purchase specific cards with a new type of currency called Collector’s Tokens. This is not a paid currency, players can only earn it through gameplay rewards after Collection Level 500. Players can then spend Collector’s Tokens in the Token Shop, which features one new card every eight hours.

Players can pin cards they really want, earn Collector’s Tokens to spend, and then purchase the specific card for themselves via the Token Shop. It’ll still probably be faster to get cards through raising your collection level, but giving a non-randomized way to earn cards is much appreciated as a longtime Marvel Snap player. Of course, the addition of this system increases the need for more high-level cards, so Second Dinner will also add brand new Series 4 and Series 5 cards when The Power Cosmic season rolls around.

The following heroes are part of this new Series.

Marvel Snap is available now for PC, iOS, and Android.