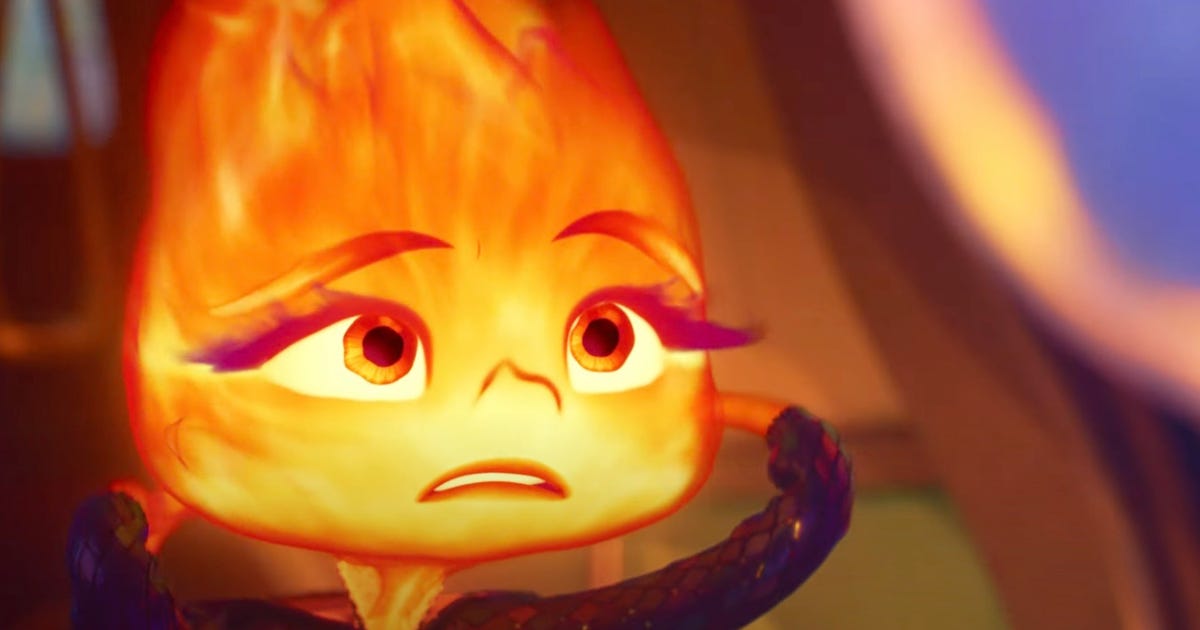 Fire and water get acquainted in a new trailer for the upcoming Pixar animated film Elemental.

The preview follows a piping-hot young woman named Ember, who boards a train packed with element-resembling passengers. There are cloud-like beings with puffy noses and earth-channeling beings with grass, cactuses and whole trees for hair. Ember loses her headphones, and a watery guy named Wade reaches for them, prompting introductions between the pair.

Elemental is scheduled to arrive on June 16, 2023. It’s set in a city filled with fire, water, land and air residents, according to Pixar. Ember’s friendship with Wade challenges her beliefs about the world they live in, Pixar says.

The flick is directed by Peter Sohn (Pixar’s The Good Dinosaur) and stars Leah Lewis (The CW’s Nancy Drew series) and Mamoudou Athie (Jurassic World Dominion) as Ember and Wade.

The trailer includes the song Hell N Back by Bakar.

Movies Coming in 2022 From Marvel, Netflix, DC and More